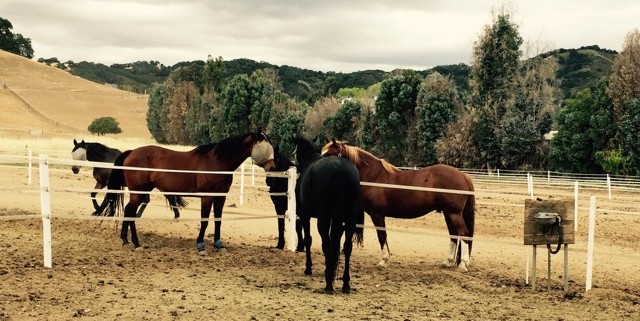 This photo was taken after an Equine Hanna Somatics session with Jack (the dark horse with his hind facing the camera). After completing about half of the protocol, his buddies gathered and started talking with him, as if to say, “What are you up to?” He couldn’t resist after a certain amount of pestering, and let me know he was going to have to go over and talk with his friends. But before he walked over, he did some prancing around, as if to test out his new level of muscular freedom. Below is the horsey conference that they all joined in on. Oh, if we only knew what all the fuss was about!

Relax Your Back!
Scroll to top