Katherine Kerber was suffering from debilitating back pain for more than two decades with no recovery success.

The pain came from scoliosis that would cause flareups every six months or so that put her out of commission for four days.

Exhausting all other resources, Kerber met with a somatics practitioner for eight sessions over three months in 1999. She said those sessions resulted in years with no discomfort that continues today.

After years without pain, Kerber left a Silicon Valley corporate marketing career of 25 years to embark on an intensive three-year training course to become a certified practitioner with the Novato Institute for Somatic Research and Training.

In 2016, she moved to West Michigan and launched Holland Somatics, located at 291 W. Lakewood Blvd. in Holland. She has been practicing somatics for 11 years.

Somatics is a type of movement-based physical therapy based upon neurophysiology, the science of how the brain, muscles and skeleton interact. It stresses “internal physical perception and experience” as opposed to pain-killing drugs and surgery.

Kerber said the therapy focuses on root causes of pain — which could be any number of injuries or stress from throughout one’s entire life — rather than treating the pain symptoms.

“It works for those who want to do the things that they would normally do without fear of an opioid addiction, undergoing surgeries or accepting a lifetime of suffering,” Kerber said. Before pursuing such options as joint surgery and going into debt, Kerber would encourage patients to first seek her help.

Kerber said the therapy looks at posture and considers how the brain creates holding patterns in the body based on standing and sitting patterns throughout the day, whether sitting at a computer or using a standing desk.

“If you hold a certain way of sitting for hours, your brain will keep you in that condition even when you’re done working,” Kerber said. “You’ve trained it, and you don’t even know you’re doing it.”

She said the movement exercises she prescribes are meant to reset those patterns, such as slouching, and free the body of the pain and tension.

“Everyone’s looking for a magic pill or a magic way to hack through a problem,” Kerber said. “I would say that this technique is probably the best.”

“When you have a big muscle tension problem in one area of the body, the other side of the body eventually gets into like a tug of war to try to hold you up. And so, we need to address all the players, and that’s where the muscle detective work comes in,” Kerber said. “You can’t read a book to figure it out.”

Kerber said she believes her own pain came from a car accident she was in when she was 3 years old. She said she experienced immediate results after the first session, which released the tension in her back, allowing her spine to straighten and her left hip to fall into line with her right hip, therefore lengthening her left leg.

“You can actually have a fall out of a tree as a kid and you don’t break any bones, and you think you’re okay,” Kerber said. “That could be the start of some tension problem you’ll have with you most of your life.”

One of Kerber’s patients, Holland interior designer Mary LaBarge, realized something was wrong when her shoulder and right arm stopped working as well as they had. The discomfort eventually became an unbearable pain that had her pursuing every treatment imaginable.

LaBarge then met Kerber, who prescribed some regular movement exercises. LaBarge said she experienced full recovery after four sessions with Kerber in 2017. She went from thinking about early retirement to returning to the work she loves.

Kerber is gifting a limited number of free 20-minute consultations at her practice. Those interested may visit Holland Somatics online at hollandsomatics.com. 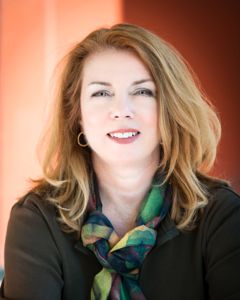